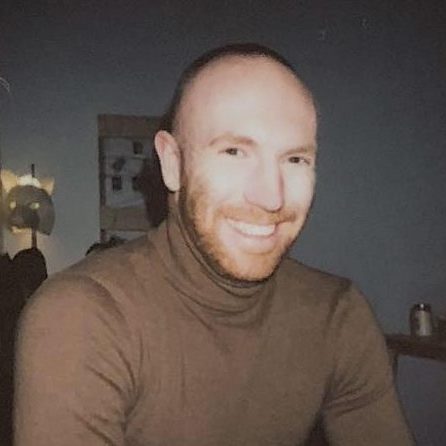 Have We Talked Yet?

Last week I was putting my proverbial nose to the equally proverbial grindstone, when I was rudely interrupted by the ever charming sound of an incoming call.

At first my instinct told me to pick up the phone with a deep voice and say “Who the fuck is this? Paging me at 5:46 in the morning?”

But then I realized that would be a stupid question. Because in 2018 your phone actually shows you who’s calling.

It was a friend whom I expected would call about work. So I immediately picked up.

To my surprise, he said:

“Me and some others just had the idea of throwing an epic party. But the catch is that it will be a party for complete strangers. Nobody can know each other except us. We have one day to set it up. Right now all we have is a rooftop. Are you in or are you out?”

Still fully in work mode, my initial reaction was “Gee, I don’t know… I probably have something to do that makes me feel important or something”.
Ofcourse future me would be much happier when looking back at 5 days of work and 1 epic party, than if he were to look back at 7 days of work. So I said “Fudge it, I’m in.”

And so the race against the clock began.

I rushed to get any urgent work done on the train. My friend found the perfect DJ in his gym.

To give the strangers (that we didn’t invite or meet yet) a chance to thank us for the free goodness, we put up a donation box for the most efficient charity in the world.

Now we had a rooftop and theoretically had a party. But we still had to find 50 strangers who were up to it in less than a day.

Like a bunch of madmen, we all started posting on Instagram and in Facebook groups, trying to reach only people we didn’t know. We “installed” Tinder “for the first time” and started inviting all our matches to the party.

Then we took turns in groups to go pick random people off the street, tell them about it and ask for their numbers. We explicitly told everyone they couldn’t invite friends because it was a “strangers only” party.

Around 5PM we texted all the people the address and that they were expected at 7.

By 6:50 PM we were still stacking up wooden pallettes to make a DJ booth. (That and crossing our fingers all these random people would actually show up…) The drinks ended up arriving about the same time as the first guests. But we made it!

Much to our surprise, the rooftop actually started flooding with people early. I don’t know how many people came. But at one point we counted 44 people who had never seen each other’s face before.

You would expect a few awkward moments at a party like this. People shuffling around in silence, holding their drinks in front of their chest, scared to approach each other (n other words: Friday night at a bar). But instead, something interesting happened:

Everyone there knew that everyone else was in the same boat as them. On a rooftop, looking for a good time. Surrounded by strangers with no friends to talk to. So all fears and barriers seemed to disappear. They all knew that they at least had this in common:

Because of that, it didn’t even take 5 minutes for people to loosen up.

Where people would usually be worried about finding a smooth opener to start a conversation with, it now became as easy for them as saying:

And by the end of the night, you could see that everyone was really starting to bond. Instead of 50 strangers, there was now 1 big group. When the party was over, people where greeting each other with 3 hugs, 5 kisses and 2.4 secret handshakes before they left.

When was the last time you ever made 40 new friends in a bar?

Think about it:
That party was not a special occasion at all. It just gave people permission to behave in a certain way.

Your daily life is actually not that different from this rooftop.

For most of our history, humans used to live in small tribes together. And we knew every single person saw around us. Imagine that you were living in such a tribe. Until one day, you noticed a guy you had never seen before.

How would you react?

The first thing you’d probably think is. “Who the heck is that guy? I thought I knew everyone in this tribe, but I’ve never talked to him before… Let’s find out what he’s like.”

Then you’d first look at him from a distance to assess whether he looks friendly or not. And if it looked safe safe, you’d go get to know him. Not only would it feel natural, it would be necessary. If you didn’t know them, suddenly you’d live in a reality with one aspect you could never predict.

Of course we dont do this anymore in modern society. When your tribe is about 7 billion members large, it can get pretty hard to keep up 😉

But it’s something to think about…

Every day you go about your day, and you pass hundreds of faces you haven’t seen before.

How awesome would be if you started to know them all a little?

For the next couple of week I challenge you to satisfy your natural curiosity and walk up to people like this.

Consider that everyone living close to you is part of your tribe. And there’s lots of people you could be having fun with that you don’t know yet.

Just walk up to them and say something stupid like. “Hey, I don’t think we’ve talked yet, have we?”

It may be a little awkward sometimes. But once you get past it, you’ll both start to open up real soon.

Some people say life is what you make of it.

Why not make it a rooftop party from time to time?